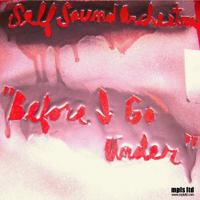 The INH recording project began way back in 1998 when I began messing around with a borrowed 4 track when he should have been studying. The experiments continued later that year on a newly acquired 8 track recorder, though it would take a year or two before anything usable would be committed to tape. After much time over the next few years spent recording, holding guitars in front of speakers, recording vocals when flatmates were out and a lot of late night mixing sessions an album surfaced out of the mess, 2002's 'Somewhere on a crooked road,' released on the small Wellington label 'Stinkbuzz.'

After relocating to Christchurch a few more songs started to emerge, as well as being a new band, Ride on Estrada. In parallel with working on ROE material Craig began piecing together 2004's 'Songs from a dead house,' a somewhat quieter affair than the at times guitar drenched first album. Dead house saw some computer manipulation starting to creep in to things as well as the odd illegal unlicensed sample (no-ones said nothing yet). Dead house was released in a limited run of lathe cut vinyls manufactured by King Records Worldwide. 2005 saw Craig return to Wellington where he started making music with his old band who had acquired the name The Huhu in his absence. The Huhu are now unfortunately on hiatus after one of the members moved away from Wellington..

In 2009 INH were included on a 7" Split single released by Minneapolis based imprint MPLS Ltd as part of their super split singles series. On this release you will find an INH tune called 'A year without Christmas' and a great tune by Minneapolis act Self Sound Orchestra called 'Before I Go Under'.